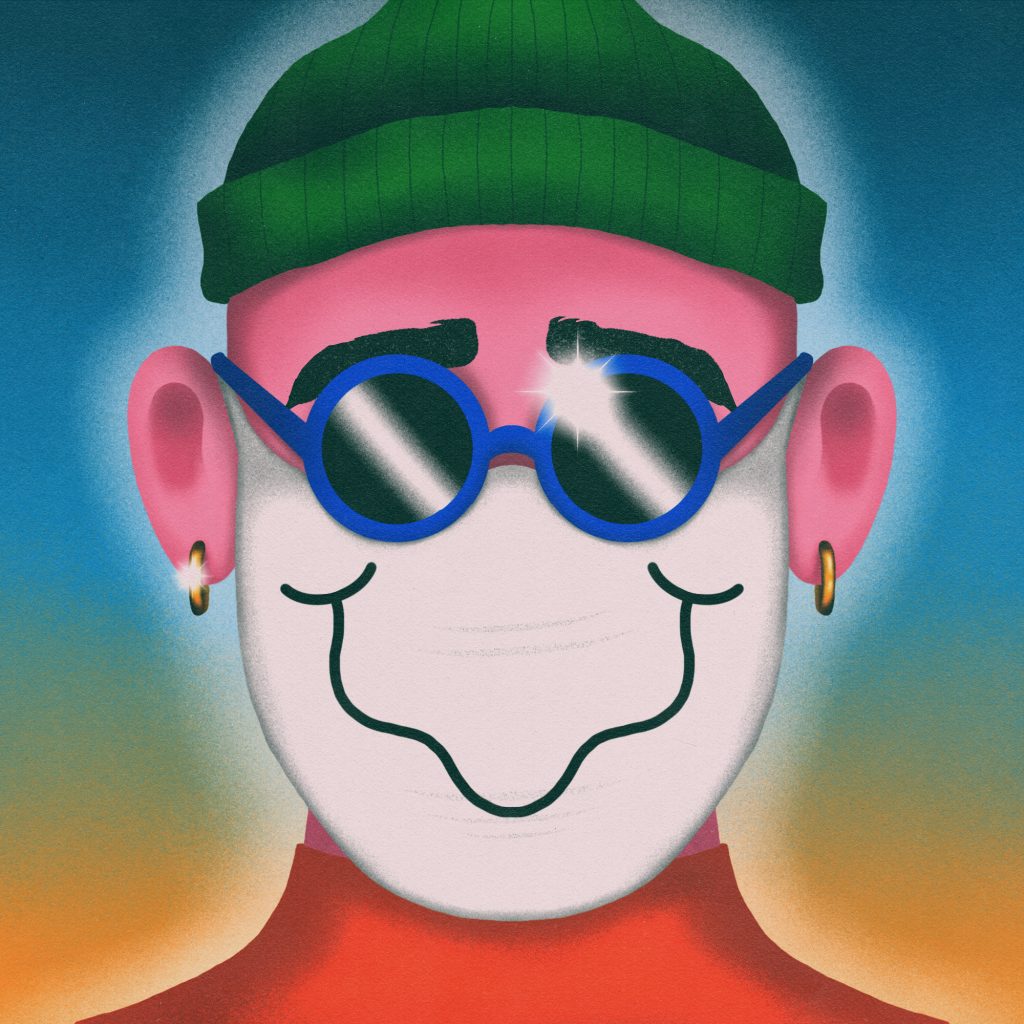 Since we’ve been overdosing on ZOOM in recent weeks, we went “old-school” and emailed back and forth with DR. Lior Zalmanson – assistant professor at Coller School of Business, Tel Aviv University, artistic director of Print Screen Festival for the digital arts and co-curator of the Viral Festival for digital performance.  If anyone could tell us about the future of arts and entertainment, it would be him.

Dr. Zalmanson, you are known as a big advocate of community creation. Your “Culture during Coronavirus” Facebook group has caught fire in recent weeks, and you’ve been the one steering the ship, moderating and leading members to actively take part in it. On the other hand, in recent years, you’ve been one of the prominent figures locally to explore the possibilities and aesthetics of algorithms.

How do you see the intersection of the two, between the interactivity and connection of a user within a particular virtual community – and the algorithms that push us to become more and more passive in our consumption? Has COVID-19 taught you anything new on previous hypotheses?

My work as an academic and as an artist lies in the intersection of community, content, and algorithms. I have always been interested in how all three work out together. Especially examining community and algorithms, you notice that at present, it is not a dichotomy. The way I see it, online communities are currently fused with algorithms – and in that sense, algorithms are not there to make you passive, they might be put in place to make you act up, post more, friend more. In other words, this is not just a Netflix model, where algorithms are curators, recommendation engines who are in charge of maximizing binge-ing. It’s more of an Instagram model, where many of the algorithms are put to work to make the user post and share more images. In the end, it’s all about the utility function. Specific algorithms can help make communities better; others may completely isolate people.

Let’s talk about “Viral Festival” – the online, multi-disciplinary event you spearheaded during Passover. How did that go?

It was such a treat. First, we were able to produce more than 20 shows in just two weeks without compromising much on artistic visions and quality. True, some of the works were very much in progress, but I was nicely surprised that we were able to bring the majority of works to a degree where they have an interesting take on arts and technology.

For those reading us who haven’t experienced “Viral Festival” – what kind of shows went down? Anything especially memorable?

Viral Festival included two dance shows that had more than six dancers each, and every one of these dancers was located in a different country. I think it was a great example of how online shows can transcend geophysical borders. When space is not a limitation, you can imagine global ideas. Another show that comes to mind is “Borders,” which was a play on a digital hookup between a Lebanese and an Israeli who stay on the other side of the border. The play was adapted to the cell phone screen as a three-day event where all the dialogues were transformed into Whatsapp conversations. So the show accompanied your day-to-day through the festival, and you would get constant notifications, similar to your regular Whatsapp conversations, that allowed you to really feel the two characters become part of your daily life. In that sense, moving online not only allows us to play with the feeling of space but also with the meaning of time and the blurring borders between performance and reality.

How would “Viral Festival” compare with “Print Screen” Festival, also a digitally oriented event? Do you feel the quarantine can be seen as a time for the art world to experiment in extreme conditions?

Print Screen (http://www.printscreenfestival.com) from the get-go was about discussing, showcasing, or performing the digital in a very physical setting. This framing puts the physical body and its experiences in the center of it all. Meaning, in Print Screen, it’s all about capacities, designing physical spaces, designing happening, understanding space acoustics, etc. The digital is much more in the level of the content. Here, with Viral, it’s digital all around. Limitations of physical space almost entirely disappear, we don’t have to make it look like a physical room or a hall, events can be super long or super short without people complaining. So yes, we are in extreme conditions in some ways, but on others, this is a free, more enabling time than ever.

Looking back at your experience with “Viral Festival”, seeing all that’s been going on globally with art and music moving online – where would you say the future lies when it comes to events – previously a financial mainline for the scene? And why do you think that up till now – hardly anyone has asked for money for online content?

I wouldn’t say hardly. I would say that they didn’t build paywalls, meaning they decided for the more socially and financially inclusive models such as pay as you wish, donations, street performance type of models. I have to admit I heard of quite a few success stories of artists who have chosen these models and were able to make a decent profit during this period. Is it sustainable? I’m not sure. Probably not. It’s hard for me to be a prophet here because so much depends on how problematic the financial situation will be in 2020-2022. However, I wouldn’t go as far as saying people won’t pay for online events. When I started researching the freemium business model back in 2007, conversion rates were very low. It was hard to imagine successful models like we find today in online games, or with Spotify, but people did end up paying for online content they enjoy.

How do you see COVID-19 changing Print Screen Festival thematically and as a platform? What COVID-esque features will you adapt in your future work as a curator?

I currently worry about finance myself. I’m not sure the health issue will limit us as much as the overall crisis that is bound to involve the entire cultural industry. I did start asking myself if we should go online, given the positive experience with Viral, but it’s not up to me. Cultural institutes, such as the Mediatheque, which sponsors the festival, are physical institutes and they are being compensated when they can report they had physical visitors. However, if it were only up to me, I would love to include a much more global and virtual component. In terms of themes, I think uncertainty and precarity come to mind, and as usual topics like surveillance and post-nation/globalism, also received a new boost with the COVID-19.

Recently, there has been a rise in attempts to “hijack” gaming platforms for cultural events – shows in Minecraft, parties in Fortnight and events in VRChat. We feel, and it seems that others do too, that live streams on social media, ZOOM festivals and the like, lack a major aspect that exists within real life interactions, and even in gaming: namely interactivity and immersion. What do you think is the future of the virtual when it comes to social interaction? Do you see gaming and culture making new post-pandemic efforts?

I don’t agree. I think online interactivity can be much more interesting sometimes than offline. Experiments show that online experience can be super immersive as well. I do admit we miss out on a few things: the first is probably non-verbal communication or body movement, and I hope we will see exciting environments that try to capture more of these elements. The second challenge is the fact the medium is not ideal for truly synchronous or synchronized communication, that’s why we can’t have actual group gatherings where everybody speaks at the same time or organize concerts or even karaoke. I do hope music tech entrepreneurs will try to come up with new solutions to all of these issues.

Going back to your Facebook group – “Culture during Coronavirus” – after weeks of interacting with tens of thousands of artists, content creators and the occasional random weirdos – What would you say is the effect that COVID-19 has had on the local scene? What does the voice of the people sound like these days?

As you might expect, people tend to think about themselves and their close ones at these times, and I don’t blame them. When we put the call for works for the Viral festival, I thought we would get all these highly political and critical works about the situation and globalism and surveillance. Still, in the end, it was all about missing intimacy, missing your parents, losing touch. I think that says a lot. I don’t think it’s the old narcissism – the internet is interested in me- type of approach, it’s a much sincerer, more authentic wish for a simple heart-to-heart.

Do you think this new need for digital sincerity, following COVID-19, will have an impact on previously less-than-sincere, not-so community-driven fields like Marketing? Can we expect a new form of Marketing to emerge?

I think that it’s not going to be easy for firms and brands. This type of crisis gives rise to initiatives of individuals. When we worked on the festival (with Erez Maayan Shalev, Maya Magnat, and Nitzan Cohen, my partners in crime), We decided early on that we will not have any commercial support or logos. This was a festival for individuals by individuals. That’s part of the sincerity, being true to the values of community and art for art’s sake. It’s also no surprise brands at this time are not trying to sell anything, but rather to project their best values. I think we are about to see a lot of these commercials that signal community and solidarity, but I worry most will be cynical in that. I hope the audience will be smart enough to know the difference between commercial and community-led initiatives.

Have you come across any truly original, thought-provoking quarantine projects online?

Oh geez, that’s usually the most frequent question I’ve received, and I typically disappoint because I don’t think anything was truly original yet. By that, I don’t mean that there’s nothing exciting but rather that I’ve been exploring digital art in the last decade, and it seems people are now just re-discovering ideas of online storytelling and online showcases that were there for a long time. The most thought-provoking moment I remember is a demonstration in Israel, where they screened a Zoom meeting with dozens of protestors over the physical house of the director-general of Israel’s Ministry of Finance, protesting the lack of solutions to the crisis. There was something so right about using virtual presence to infiltrate a physical house. Being there without being there, threatening in a not-physically threatening manner, but super threatening nonetheless.

One for the road: with the advent of technologies such as AI, democratization can be expected in content creation – just as Instagram has made us all professional photographers – other tools will allow anyone to become a musician. What will the future artist be like? Will curation replace creation?

The future artist may in fact be an algorithm, but human artists are not going anywhere. If anything, artists will hopefully subvert tools, including AI algorithms, to create new and critical takes on our digital existence. The Curation/Creation question has been around for quite some time, and no, creation is not going anywhere. Still, with the abundance of content and information, the roles of curators for both data, knowledge, and art have never been more critical.