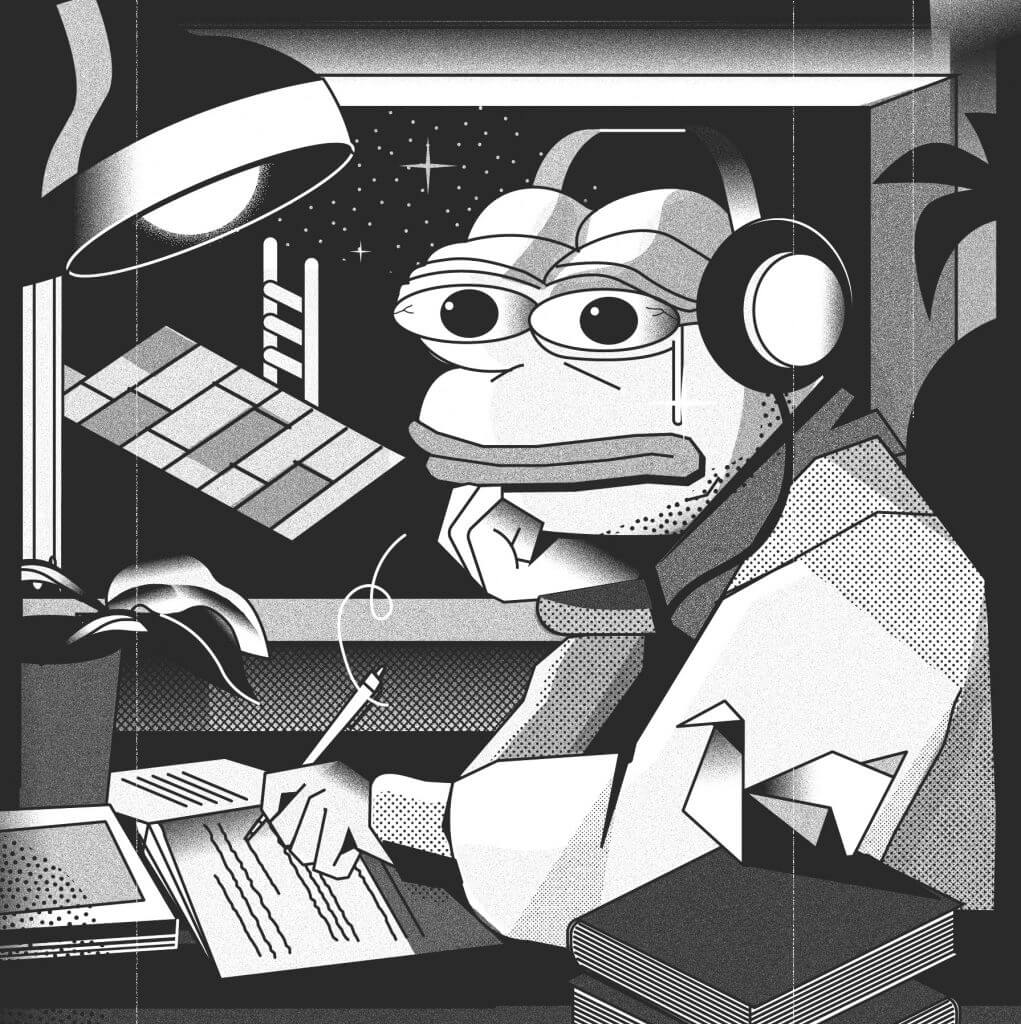 When I was in high school, I used to play D&D at a friend’s suburban house. He had a pile of burned CDs loaded with hours of medieval music that was dramatic and ominous. That was our soundtrack. It would even play after our sessions had ended, or on nights where we didn’t play at all. Between rolling dice, eating pizza and discussing nerdy shit, the soundtrack remained the same, setting an epic tone to the most non-epic Fridays.

The past decade marked the beginning of the internet’s love affair with “Boring content.” It could be a 3 hour video of a train or a fireplace, a repetitive mix of relaxing music of some sort, or an ASMR video with two hours of a girl cutting soap bars. With so many movies, TV shows, and news to follow, allowing yourself to feel bored is now an act of self-care. Letting your mind be there without expectation has become liberating, and almost radical. “Boring content”, the Youtube community’s reaction to today’s surplus of noise, has also become the soundtrack to not only chilling, but also studying. That paper won’t write itself, and while complete silence could drive you mad, actual music is way too distracting.

One of the most significant symbols of “boring content”, endlessly streaming more of the same, is of course “lofi hip hop radio – beats to relax/study to”; an online radio streaming never ending beats, chopped up samples of old movies and cartoons, lofi versions of Miyazaki soundtracks, looped jazz piano, reverbed strings, vibraphones and vinyl crackling, 24/7. The channel gained incredible success due to its high functionality, inspiring copycats, and even parodies. Check out the nod it got from Bojack Horseman or the version where an animated Benjamin Netanyahu is writing to the sound of “Lo-fied” versions of Israeli hits.

Our generation’s infatuation with hours of monotonous content reminds me of that D&D soundtrack me and my high school friends couldn’t get enough of. Though it has nothing in common musically with lo-fi beats, the role it played in our lives was quite similar: music for people who don’t want to listen to music.

As a result of the ever expanding need for “boring content”, we now have elongated versions of movie soundtracks, beat induced game OSTs and even single tracks from full scores, streched into infinity. These new pieces have a double, almost contradictory role: if the original was designed to stimulate emotions, the new version only peaks the mellow and non-emotional, while referencing a faded memory of the original. YouTube’s “boring music” versions of “original music” function as a background sound for moments when you want to almost feel something. Familiar tones become less overwhelming, taking up less of your attention, yet the memory of an original is enough to evoke feeling through the safety of nostalgia.

Take an endless loop of forest-y sounds, originally a two minute piece that was part of an old adventure game you used to play as a kid. The sounds are familiar enough, so you don’t have to think much of them, yet the faded memory of an adventure remains, somewhere amidst the samples and echo effects. The grown-up you is currently in a room, studying, but the music transforms the situation: you are actually out with your friends playing. You’re not really in your office: it’s a 90s style 2D point and click, and you must find the next hint.

Just like in my memory of epic D&D Fridays, this new strand of “boring music” – born out of bland YouTube machine-learnt streams of beats, self-help tapes and late post-modern sensitivities – has an indirect ability to infuse the ordinary with wonder, giving reflective meaning to tedious everyday moments, and adding a layer of the past to the present.

Minecraft enthusiasts with sad-goggles on – this one’s for you.

Life sure is Strange. Here’s 10 hours of forest ambience combined with bits and pieces of Life is Strange’s OST:

Animal Crossing became a massive hit during quarantine, thanks to its extremely chill vibe and cute, colorful design. Naturally, tons of videos are based on the background music of the series, and some are combined with outdoor sounds. This one is an hour-long loop of background music from “New Horizons” plus ocean waves, to max that remote island vibe.

Here’s a mix of Nintendo inspired lo-fi beats played to the constant sound of pouring rain. Because why not.

The music in Disney films is larger than life, full of emotion, and hard to ignore. Lucky for us introverts, there’s an ambient abandoned-theme-park-at-night version, crickets included.

Not as glitchy as the game: Here’s some Cyberpunk 2077 exploration music.

Anyone who watched twin peaks will tell you there is nothing relaxing about it, yet, this video attracted many viewers eager for a cozy Americana fantasy. No creepy theme music here. Just a long night at the Double R Diner, complete with walking sounds, rain, and a distant piano.