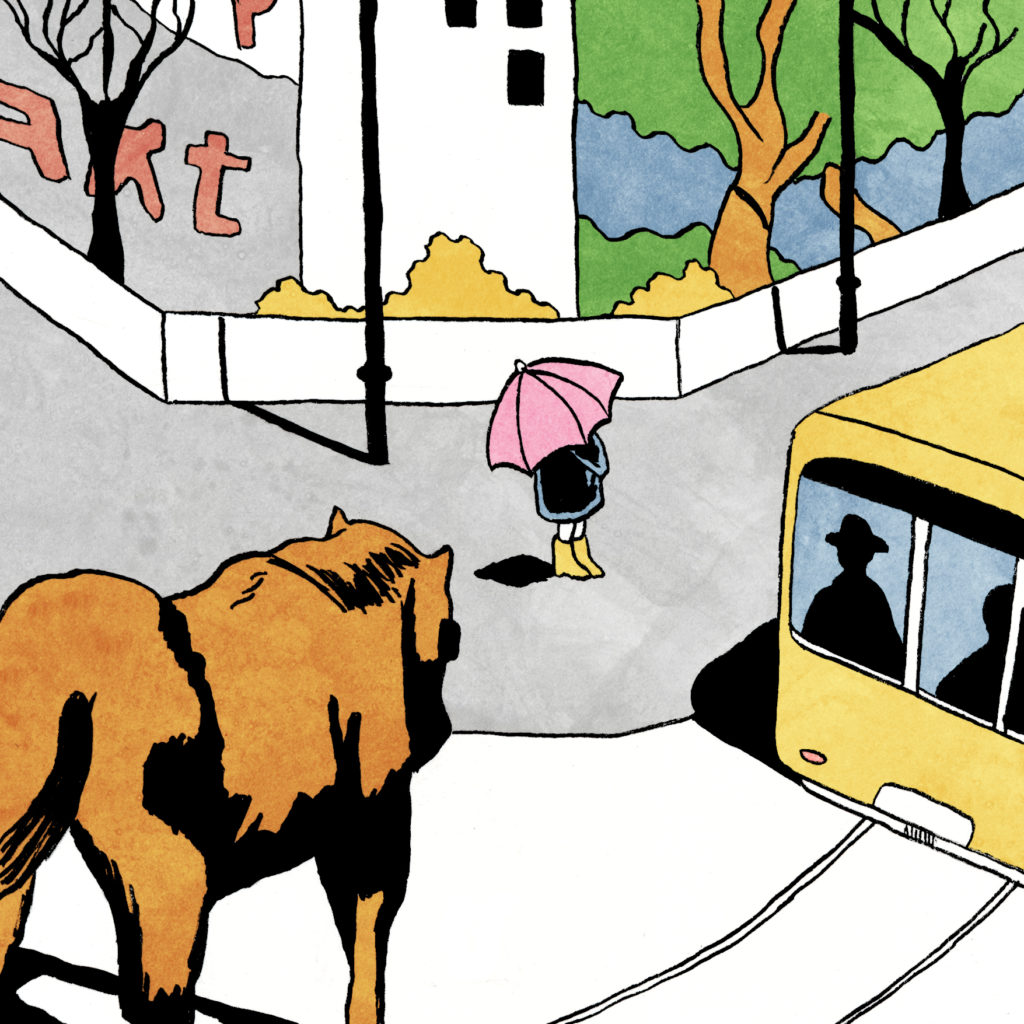 How do you begin talking about Berlin? A city with such a reputation that most people seem to have a solid idea of what it is before they even visit. A city for punks & ravers that became a tech bubble? A city still recovering from a cold war? A free city for artists? The ultimate place to get lost & get found?

Many different people from all around the world find themselves in Berlin and realize that all these questions don’t matter. The city has its own energy and motif, and it will take you by the hand and show you a way.

I moved to Berlin in 2014, and I’ve been here ever since. I’m a drummer (aka a musician) who’s been playing in bands for the bigger part of his life. My dream, ever since I was a kid, was to perform all over the world. At some point, in between tours, I felt like taking myself permanently to Europe would be the right move. I’m currently a drummer with The Brian Jonestown Massacre and Jealous, so at least in that sense, I guess I was kind of right.

My experience of the city has a lot to do with my experience of living outside of Israel. Living away from my home, where I was born, raised, shaped, where all my best friends are, as well as my family, whom I love a lot.

To me, Berlin is not only a place but also a living monument to choosing a life away from all that, for the chance to do something strange and amazing. It is a choice I still make every day, though it does weigh heavier with time.

To some people, the notion of living abroad is strange and even a little crazy. Even after 8 years, I keep wondering what I am doing here in Berlin, while at the same time, I am clueless as to what I would do back home.

There is some element of sacrifice when living abroad. The decision to go somewhere, and sort of ‘restart’ yourself, rebuild your social life, learn a new language and integrate into a different culture is a very specific route to take. I feel that creative migrants like myself tend to take that particular aspect of being an ausländer very lightly, as they still dream of living outside of their comfort zone.

As a result, over the years, I have seen many people come to Berlin with big expectations, ready for any scenario on the way to figuring out and realizing their dreams. While some people’s dreams came true in every way possible, others got lost entirely in between living and dreaming, old and new, here and there, home and adventure.

As a newcomer, I found Berlin to be this endless cold space, both physically and mentally, which made me feel very free and independent but also very alien. Ironically, it highlighted how comfortable I really felt back where I came from, which is strange for someone who has always felt out of place.

Berlin is massive but not as crowded as London or Paris. Berlin’s streets go on forever. Their sheer size is the reason they are such fertile soil for alternative Spaces, Clubs, Bars, Galleries, and Dreamers. This massive city of buzzing scenes gifted me with a feeling that I could get lost whenever I wanted to. That I could just take a right turn at a random corner and walk for hours, pointlessly moving between industrial zones and green parks. To this day, I still love this feeling intensely, especially compared to Tel Aviv, where you can’t really walk anywhere without seeing familiar faces and where your thoughts are rarely your own.

This ability to be alone in Berlin makes me feel strong like I have permission to be myself and to do all the things I can think of without society’s eyes on me. Sort of like having horse blinders, but in a good way. It allowed me to grow and evolve at my own pace, in my own space, which looking back, is something that I think I really needed. Berlin taught me that as long as I’m moving forward, my surroundings will move forward with me and that whatever I do is okay if I do it for the right reasons.

Reflecting on my time here in the city, I see my first years as a constant struggle for adaptation, learning how things move, and how people perceive those movements. Although Berlin is huge and free, in that sense of trying to become a Berliner, it is also very small, very specific, and even constricting.

If I’m being completely honest here, I don’t think I ever really succeeded in assimilating to the Berlin way of life.

I still feel detached from my cultural surroundings as a punk-rock drummer, living in the world capital of clubbing. That ever-expanding shadow of techno did drive me to go deeper into the local underground movement and work harder to find my own people. But it also underlined how out of place I will always be here.

As an Israeli from a small town like Tel Aviv, I used to love talking about my aspirations out loud, in bars, rehearsal rooms, and when meeting other artists. I used to fantasize about going here or there, doing this and that, with my friends over a beer or in between songs. It was exhilarating to say those things out loud. We grew up in the middle of nowhere, for god’s sake.

To try that with Berliners would be an act of total uncool-ness, which is funny since almost everyone came here because of some bedroom 5-year-plan to become a DJ, rock god, designer, curator, or creative of some sort.

To Berliners, once you’re here, shut up about it. To a self-aware artist out of the peripheric of the art world, trying to break glass ceilings and join the party overseas, containing my excitment just seems like insincerity.

We are here and have the privilege to do what we do. Why not dream out loud?